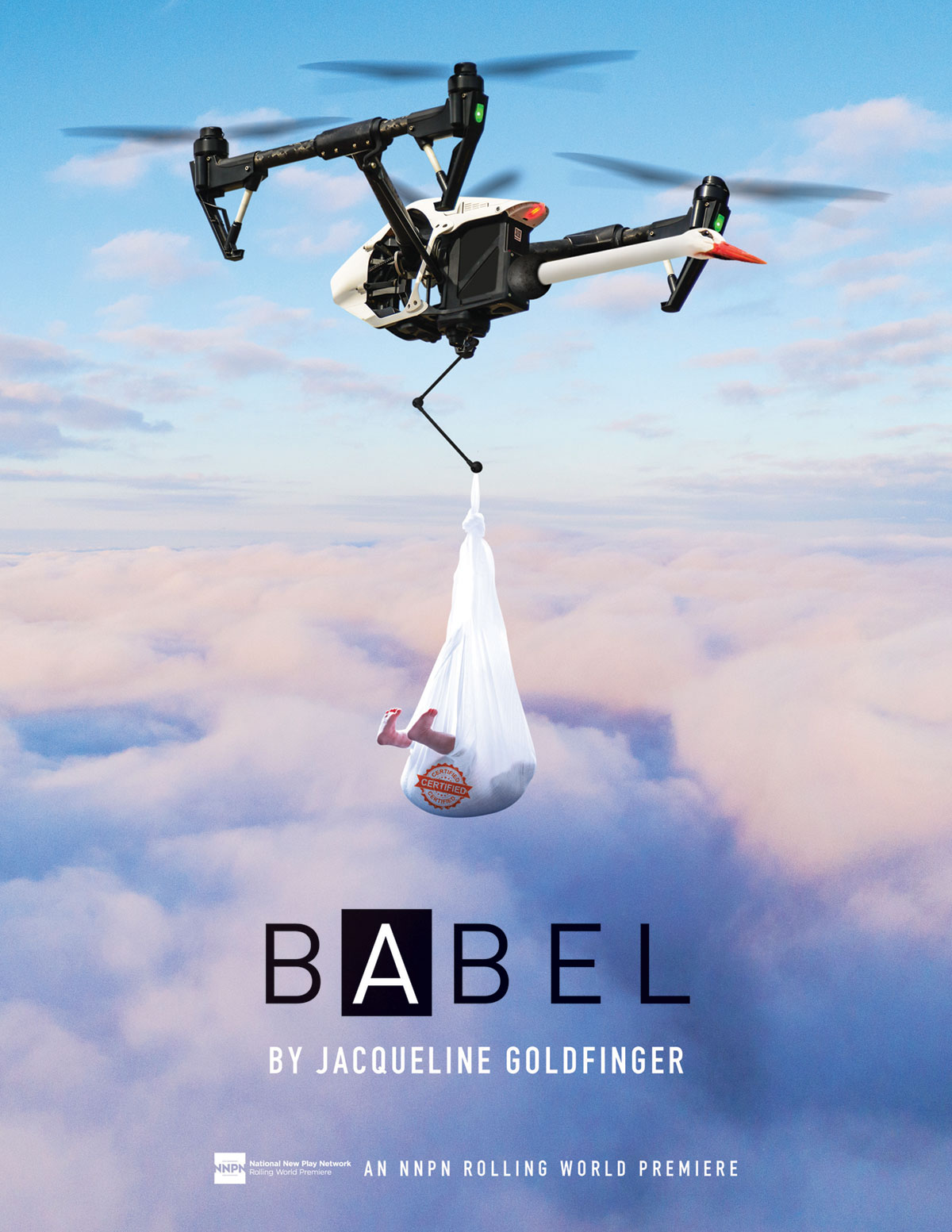 Renee and Dani are expecting. Ann and Jamie are also expecting. Set in the near future, Babel paints the picture of a society where embryos must be pre-certified. When each couple faces the test results, things take a frighteningly complicated turn — a decision must be made. Jacqueline Goldfinger’s dynamic and stirring play begs the question, “How far will we go before we realize we’ve lost our humanity?” Oh, and did we mention there’s a talking Stork?

BABEL was commissioned by National New Play Network with funding from The Smith Prize for Political Theater.

Learn more about Babel by reading the 2020 UNMUTED Companion. The Companion was created during the development process of the play.

Watch an interview with playwright Jacqueline Goldfinger from the 2020 UNMUTED series. These interviews and discussions took place during the development process of the play. Video»

Watch The Making of Babel from the 2020 UNMUTED series. These interviews and discussions took place during the development process of the play. Video» 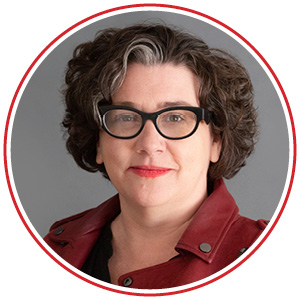 Jacqueline Goldfinger (she/they) is a playwright, librettist, and dramaturg. She is an Affiliated Artist at New Georges, National New Play Network, Opera America, and the BMI Workshop. She won the Yale Drama Prize, Smith Prize, Generations Award, Brown Martin Award, Barrymore Award, and Opera America Discovery Award (with Composer Melissa Dunphy). Her plays have been on The Kilroy’s List. She’s been a Finalist for the LAMBDA Literary Award, Beth Henley Award, Woodward-Newman Award, and received a Special Citation from the Terrence McNally Award. Her theatrical works have been produced at the Kennedy Center for the Performing Arts, BBC 3 Radio (UK), Contemporary American Theater Festival, Voces8 (UK), Gate Theatre (New Zealand), Oberlin Opera, St. Martin in the Fields (UK), Decameron Opera Coalition, Hangar Theatre, Theatre Exile, Resonance Works, NYC International Fringe, and others. Her work has been developed at The National Theater (UK), McCarter Theatre, Disquiet (Portugal), Wilma Theatre and others. Her work has been supported by YADDO, National Endowment for the Arts, Millay Colony, The Orchard Project, Drama League, Granada Artist Residency, Independence Foundation Fellowship in the Arts, among others. Her work is published by Routledge, Yale Press, Edition Peters, Concord Theatricals (formerly Samuel French), and others. In 2019, she was awarded a Special Citation for Teaching and Mentoring by LMDA. In 2021, her book Playwriting with Purpose: A Guide and Workbook for New Playwrights was published by Routledge. In 2022, her new book, Writing Adaptations and Translations for the Stage, co-authored by Allison Horsley will be released by Routledge. For more information: www.jacquelinegoldfinger.com 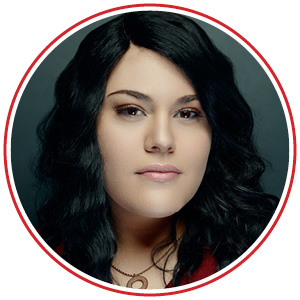 Sharifa Yasmin, Director, (she/her) is a trans Egyptian-American director and playwright. Sharifa focuses on work that speaks to the heartbeat of humanity, often uplifting the voices of those most marginalized. She has completed directing fellowships with The Drama League, Actors Theatre of Louisville, Manhattan Theatre Club, Geva Theatre, and was a Eugene O’Neill national directing fellow. Sharifa’s favorite directing projects include The War Boys (Hangar Theater), 3:59AM (Actors Theatre of Louisville), In the Blood (Duende Productions), Mosque4Mosque (National Queer Theatre) and Beirut (Brown/Trinity Rep). Yasmin’s playwriting focuses on the intersection of Queer and Arab identities. Her plays have been produced with Uprising Theatre, Amphibian Stage, Trans Theatre Fest, Women’s Theatre Festival, taught at DePaul, Susquehanna, and Kansas Universities, and published in The Methuen Drama Book of Trans Plays. Yasmin was honored as the inaugural recipient of the SCDF Barbara Whitman Award in 2021. She currently serves as a member of The Drama League’s Directors Council, and is completing her MFA in Directing with Brown/Trinity Rep. www.sharifayasmin.com