MEMOIRS OF A FORGOTTEN MAN

A World Premiere by D.W. Gregory
Directed by Ed Herendeen

A Soviet journalist with the gift of total recall.
A psychologist seeking to rehabilitate herself.
A government censor with a secret past.

Over two decades their fates become entwined as victims and collaborators in Stalin’s campaign to rewrite public memory. Long before fake news was a trending topic, it was called propaganda. And in the Soviet Union, circa 1938, it was the grease that kept Stalin’s machinery of terror in motion. D.W. Gregory takes us to a world where justice is arbitrary and freedom as we know it does not exist.

“All my life I’ve taken such pride in my great memory. But now . . . I’m tasked with learning how to forget.” 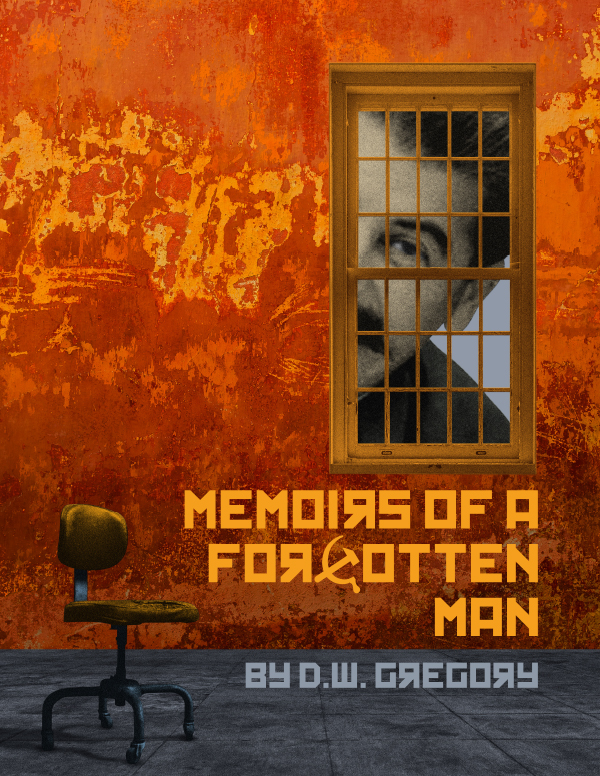 D.W. Gregory: One of the questions that I’m wrestling with in the play is the power of propaganda and the conflict that arises when people begin to see the conflict between their experience and the official party line. A mundane example is in the workplace when management puts out stuffy memos about how great everything is when people in one department or another know that it’s not true. A profound example is what we’re wrestling with in the play, a regime that’s literally rewriting history. You have the memory man, Alexei, who has the ability to remember very precisely and to know very precisely where things are going off the rails. He also apparently has the inability to keep quiet about it.

I finished the first draft of this play in the summer of 2016, before the last election. The results of that election give the play a greater urgency. I’m struggling with the price you pay when you decide that your political agenda is more important than your adherence to the facts and truth. There are such things as verifiable facts. Stalin literally erases his political enemies from the record book. In an effort to rewrite the record, he Photoshops enemies out of the photographs and then erases them in reality when he has them murdered.

For a long time, we’ve been in a place in our democracy where we are not on the same page as to what the facts are, the fundamental facts. A huge media machine, particularly Sean Hannity and FOX News, is basically churning out propaganda. If we can’t be on the same page about the fundamentals of verifiable facts, then we are in a state of madness.

That is precisely what you write in your notes at the end of your play: “When our agreed upon narrative is disrupted – so that I deny your suffering, your sacrifice. Deny your very existence – we lose our bearings. We lose our way. Our very sanity. It becomes a form of national madness.”

We’re losing our grip on reality because we can’t agree on the fundamentals of facts themselves. I’m an old-school journalist who grew up in the mainstream media, and I’ve been appalled for a long time by this narrative that every major newspaper and network in this country is somehow swimming in liberal bias. This narrative undermines the press. At one point Trump called the press, “The enemy of the people” – a line straight out from Stalin; straight out of Animal Farm. The first step in the direction of tyranny is undermining the press.

In his book On Tyranny, historian Timothy Snyder writes that Americans have settled for a “a self-induced intellectual coma.” How much as we to blame? Are we accommodating?

We’ve accepted the erosion of some foundational norms, but we still have a free press. We still have – despite efforts to undermine it – a democracy. We still have the principle that no one is above the law, not even the President of the United States. It is frightening to see the degree to which Congress, particularly the Republicans in Congress, have completely capitulated and given up their Constitutional responsibility to act as a check on the Executive Branch of government.

When your party is in power and you don’t question when the Executive is overreaching and going beyond constitutional authority, then you’re responsible for giving up that ground. A completely compliant Congress is not at all what the Founders had in mind.

Are we responsible for it? We are all responsible. I’ve taken a lot of heart from what I’ve seen recently of engaged and active young people; for example, the Parkland students who organized the “March for Our Lives” protest. These young people know that they must be physically engaged because we no longer have the luxury of not paying attention. These students are not intimidated. They are not allowing themselves to be silent.

Why did you set this play specifically in the period of Stalin and his Terror campaign to rewrite public memory?

I kind of backed into this play when I came across a book – The Mind of a Mnemonist by A.R. Luria – a Soviet neurologist. The book is the author’s account of working with a young man who had a limitless memory as well as synesthesia – turning sounds into vivid visual imagery. I was intrigued and thought he would make a fascinating character and his story would make a fascinating play, but I didn’t really have a handle on what the play would be.

I was also intrigued by what Luria left out of his account. He was working with his patient in the 1920s and 1930s and even into the 1950s, but there is almost no reference to the world outside. This made sense because in that time and place, the less you said about that world, the better. Here was someone with a novel memory for vivid detail, time and dates, how things tasted, smelled, and looked; living in a time and place where the regime was trying to rewrite history and public memory and that someone is unable to forget anything. The juxtaposition of those two things ultimately took me to writing this play.

How much does your personal experience come into this? In a 2009 interview you shared that a childhood memory that explains who you are as a writer was the sexual abuse you experienced at the hands of your oldest brother.

Everybody has some kind of a driving life narrative that drives her or him again and again to recurring themes. Albee seemed to write a lot about adoption and displaced characters, apparently because of his personal experience of having been adopted.

What happened to me as a child has definitely driven my interest in certain subjects: the power of denial and the lengths people go to maintain a narrative, a fiction. When you are growing up in an abusive household, the narrative is, “Everything’s great.” If parents can’t deal with it, denial is a coping mechanism so they don’t have to face something that would be disruptive if confronted. To survive, denial is the only choice for them.

Memory works at a couple of levels. There’s the organic, the biological – “How is your memory functioning?” If someone has dementia or a brain injury, then her or his memory isn’t functioning properly. The other level is the power of our emotional needs – what we need memory to do for us. What memory really does is help us to write our stories so we can make sense of our lives. That’s the function of memories.

Can we trust our memories?

Any defense attorney will tell you that eyewitness testimony isn’t as reliable as we think. We don’t remember things with the precision we think we do particularly about traumatic incidents.

In his Atlantic article, How to Build an Autocracy, David Frum writes, “What is spreading today is repressive kleptocracy, led by rulers motivated by greed rather than by the deranged idealism of Hitler, or Stalin, or Mao. Such rulers rely less on terror and more on rule-twisting, the manipulation of information, and the co-optation of elites.”

To maintain power in this country today, more and more resources are going into fewer and fewer hands. The erosion of the American middle class is something that goes hand in hand with the erosion of democracy and the assault on public education. To have a strong democracy, you have to have an educated population and a mechanism where the average person can have a voice in political system, which means having enough money to buy ads. If you don’t you do drift toward kleptocracy.

We’ve been here before, for example, with the laissez-faire capitalism in the 1890s that Lincoln Steffens wrote about in The Shame of the Cities. The whole Progressive Era was about trying to overcome those imbalances and instituting systems that would tamp down corruption.

I’m really aghast at one of the assaults on the “Deep State” – going after the Civil Service. Civil Service was instituted to replace patronage jobs. Before the Civil Service, the President basically handed out jobs in the Federal government to his supporters and friends. When Lincoln was in the White House, people wanting jobs were lined out the door and down the block. Civil service got rid of that patronage system and replaced it with a system that emphasized skill and qualifications.

People must begin to understand why we have certain systems in place today and why they were established. Every regulation that’s in place is in response to a problem, a serious issue such as air and water pollution. If an industry is going to dump all sorts of pollutants, then they need to be held responsible.

The fact that so many people are simply not tuned into this history is also the function of grossly underfunded public schools.

In an online article for The New York Review of Books, Russian-born journalist, Masha Gessen described the commonality between Trump and Vladimir Putin this way: “Lying is the message. It’s not just that both Putin and Trump lie, it is that they lie in the same way and for the same purpose: blatantly, to assert power over truth itself.”

I’ve lived in DC since the early Nineties, so over the years I’ve seen several CATF plays. It’s exciting to have my play at CATF because CATF does really amazing work. The plays are beautifully staged with fantastic actors. Regardless of what you think of one play or another, the plays are all well served. I have no fears that CATF won’t be able to serve my play. If the production doesn’t work, it will be my fault.