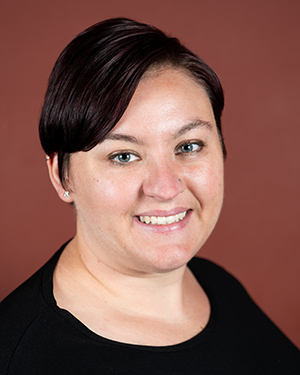 Nicole holds a Bachelor of Fine Arts in Theatre Design and Technology with an emphasis in Stage Management. Her career in Stage Management took her from her hometown in Arizona to both Washington D.C. and New York. Nicole worked with Roundhouse Theatre in Bethesda, Maryland, Sitar Arts Center in Washington DC, The Juilliard School in New York, and Theatreworks USA where she traveled across the United States. It was her work in New York that brought her to CATF for the first time in 2012 and introduced her to Company Management. After three summers at CATF, Nicole moved back to Arizona where she worked with the Arizona Theatre Company as their Assistant Company Manager for a season. From 2015 to 2018, Nicole served as the Housing Coordinator in the Company Management department at the Oregon Shakespeare Festival, working on over 33 productions, as well as the Stage Manager for the Rogue Valley Symphony & the Southern Oregon Repertory Singers. In 2018, Nicole returned to Shepherdstown as a full-time staff member at CATF and Adjunct Professor of Stage Management at Shepherd University. She also serves as a Board Member for the Shepherdstown Visitors Center & a member of the Jefferson County NAACP.