One of the most common questions we receive during this time of year is: “So, what do you do during the off-season? Is it just down time?”

As a general rule, CATF operates on an annual calendar that is segmented into various activities and areas of focus.  For the general public, July is our most visible and seemingly bustling time—which it is.  As is the month of June when the full company has arrived in Shepherdstown, the shows are being built, rehearsals are happening, etc.

But what about the other 10 months of the year? Well, the first thing to keep in mind is that though CATF during the summer is a company of theater professionals that numbers nearly 90 people, for the rest of the year there are only three of us on staff to—along with our extraordinary volunteer board of trustees—make it all happen.

Once the Festival has closed, strike has been completed, and our guest artists have departed (all in the first week of August), we do, admittedly, take a breath, lick our wounds, and recover from the whirlwind of the season.  It normally takes about four or five weeks to reconcile the previous year, assess the organization’s financial picture, review attendance figures, submit funder and union reports, and post mortem the successes and challenges of the just-completed CATF season.

We dream. We think of ways to grow the Festival. We clean the office.

Oh, and we start raising money.

By November 1st, we have closed the books on the previous year (except for the annual audit, which will actually begin next week—and let me tell you, nothing screams the holiday spirit quite like three straight days of digging through deposit slips, invoices, check stubs, grant letters, journal entries, and bank statements…) and started a new one.

Around now, Ed narrows down his selection of plays—normally to his top 10.  At that point, we work on season scenarios with a mind to casting, venue, production value, etc.  This is a complicated matrix of sometimes competing demands.  With a commitment to “repping” our actors, and also the wide variance between each of our three theaters, it can be an arduous process—and yet, incredibly exhilarating.  You see, once the plays for the next season are chosen, they will become our best friends:  we will think and talk (obsess?) about them – promote and develop them – for the next seven months.

Oh, and we raise more money.

The fall is also a time of organizational “housekeeping.”  We review policies (by-laws!) with the board, strategize new programs, develop marketing strategies, get our committees situated, establish our board leadership positions for the year, and get caught up on the industry.  What others in the field are up to becomes blurred from the spring into summer as we are up to our elbows in pre-season prep, rehearsals, and performances.  One way to re-engage is to attend conferences and showcases with our theater colleagues.

This fall, we have been to two excellent events that deserve mentioning:

In early November, Jenny (our board chair), Ed, Peggy, and I were in New York City for the TCG (Theatre Communications Group) Fall Forum.  The topic was diversity and featured fantastic panels and breakout sessions and a kick-ass keynote speech by playwright Katori Hall. You can see video from the weekend on the TCG website (click here).  Our good friends Teresa Eyring and Kevin E. Moore, along with the TCG staff, put on a heckuva show.

That same weekend we had a CATF reunion with over 35 former CATF actors, designers, and staff covering almost 10 different seasons.  We also saw Samuel Hunter’s THE WHALE at Playwright’s Horizons (featuring CATF actor Cassie Beck), DISGRACED by Ayad Akhtar at Lincoln Center, and a reading at the terrific new play development center The Lark (click here).

This past weekend, Ed and I attended the National New Play Network Annual Showcase, hosted at Woolly Mammoth Theatre in Washington, DC.  We saw six stage readings of new plays and rubbed elbows with numerous playwrights, literary managers, and artistic directors from around the country.  It’s an excellent organization that works to encourage theaters to collaborate and produce “rolling world premieres” of new plays to ensure that writers get multiple productions of their new works. Check out NNPN (click here) to learn more. Many thanks to Jason Loewith and Jojo Ruf for inviting CATF to participate.

There is much to report in future posts—the new building, American Theatre Critics Association, an update on the commissioned plays, the season.  But first, there is more money to raise (donation, anyone? www.catf.org/donate).

Until next time: think theater.

P.S.//And in case you’ve missed it, AMERICAN THEATRE magazine has just published its December issue. It features the full script to Johnna Adams’s play GIDION’S KNOT, which received its world premiere this summer in Shepherdstown (the magazine features photos from the CATF production!). Click here to check it out.

P.S. (part 2). Speaking of raising money…we are thrilled to announce two recent grants:  The National Endowment for the Arts has just awarded CATF a project grant (thank you our fellow Americans!) and a new grant was just received from the Laurents/Hatcher Foundation.  We couldn’t do what we do without this amazing support.

‘GIDION’S KNOT’ IN THE NEWS
Scroll to top 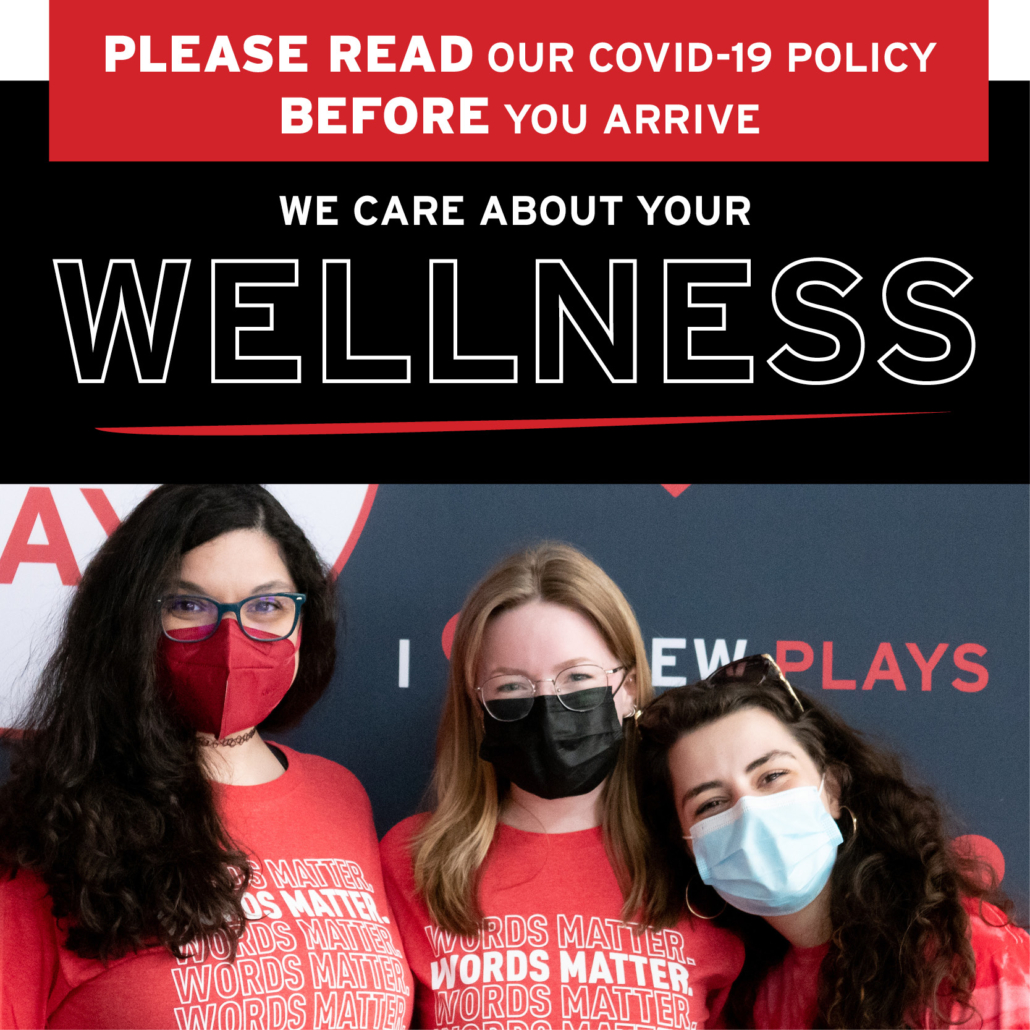