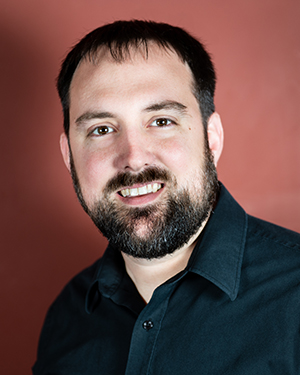 Trent Kugler spent his first summer at CATF in 2006 as Technical Director for the Frank Center Theater, and went on to build his professional career as the Assistant Technical Director at Studio Theater in Washington, D.C. working on shows including Helen Hayes nominated productions such as Adding Machine: A Musical (2009); The Solid Gold Cadillac (2010); Grey Gardens (2009); The History Boys (2009); Souvenir, A Fantasia on the Life of Florence Foster Jenkins (2008); Reefer Madness: The Musical (2008). During his time in DC, Trent was awarded the League of Washington Theatres’ Off Stage Award in 2008.

Trent began working full time with the festival in 2020 after spending the previous 10 years working seasonally with CATF and serving as Technical Director for the departments of art, theater, and music at Shepherd University. He continues to serve at Shepherd as an adjunct instructor of technical theater. Trent obtained his BFA in Theater Design/Technology from Otterbein University. His interest in robotics and building small electronic contraptions resulted in his first published paper by USITT and a Tech Expo “Best in Show” award for his work A Realistic and Interactive LED Candle in 2015.