A Sharply Funny and Evocative Exploration of Time

A World Premiere by Susan Miller
Directed by Ed Herendeen

Four women bond and become one another’s timetable of history.  Through the vagaries of love, careers, children, lost causes and tragedy, the women reunite once a year for a photo shoot, chronicling their changing (and aging) selves. But, when these private photographs have the potential to become part of a public exhibit, mutiny erupts and relationships are tested. The images unearth secrets and force the women to question who they are, what they’ve become, and how they’ll navigate whatever lies ahead.

Sponsored by The Staging Team

“You’re — rock and roll. The space launch. Civil rights. The decades that chronicle the most sweeping changes in everything. Style. Music. Literature. You’re my — sundial, my — alphabet. My guide to better living. You’re my memorial to all that. 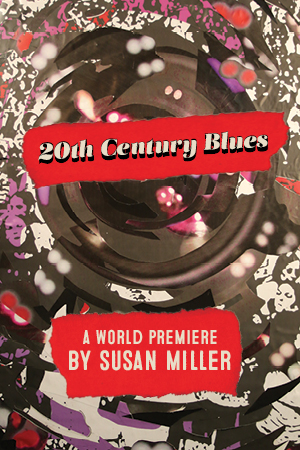 ASSISTANT TO THE DIRECTOR
SHAUN McCRACKEN 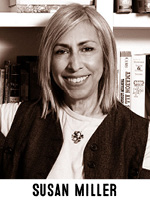 CATF:  After reading “20th Century Blues,” I wondered if you planted a tape recorder in my living room the day before I had three friends over, and surreptitiously recorded our conversation?

SUSAN: I have tape recorders planted in every living room of every woman and every person.  Actually, I wasn’t there, but I’m so glad you think I was.

CATF: Did the idea for this play come from a conversation you had with friends?

SUSAN: No. While my friends can certainly relate to it, it’s not based on any specific conversation or people that I know. I really wanted to create characters that were very specific who, at the same time, spoke to many, many people.

I wanted to write about women, time, and age. What I first needed to do was find a world in which those things would be just part of it, but they wouldn’t be the story.

CATF: “20th Century Blues” is a comedy about the blues. How does that work?

SUSAN: The characters in this play have spent most of their lives in the 20th century. It was also a time in which so many major things happened – history was made – and in the play, the characters are wondering: Does history now ever get made?

CATF: In an essay on comedy and tragedy, Samuel Taylor Coleridge wrote that comedy was “more useable and more relevant to the human condition than tragedy.” What do you think of that?

SUSAN: Comedy in the sense I’m reading it and in the history of theater is more telling about the human condition. It is more revealing because tragedy is inescapable. I look at it in the larger picture of the world. I opened the paper today and I see an earthquake – a natural tragedy.  Then read on . . . the tragedy of people who live in poverty, the tragedy of families who’ve lost loved ones in a war.  Within that, are the individual human stories which have to balance against that – and there you can find some humor. I’m not sure that makes comedy more “useable,” though.

CATF: Let me put it the way Joni Mitchell might say it: in her song “People’s Parties” from her album, “Court and Spark,” she sings, “Laughin’, cryin’/you know it’s the same release.” Is it?

SUSAN: I think it comes from the same place . . . an absolutely natural unforced true emotion that provokes either.  It’s honest and you can’t avoid it. When you go to that place, it is really authentic.

Humor, first of all, is accessible…Now, from instinct, I want people to enter my work – this play in particular, but all of my work – in a way that allows them to live within it and take the ups and downs that the play provides. Once they are able to laugh, once they are able to think, “Oh, I recognize that in that person” . . . if laughter and tears both come from this absolutely distinctive place where you fabricate them . . . and if I provide something to laugh about at first, then I feel like we have a genuine trip that we’re going to take together.

When people saw the title and description of my play, “My Left Breast,” they probably thought, “Oh my god, this is about breast cancer” (of course, it’s about more than that). The first thing I do in that play (or whoever is performing it) is to come out dancing to rock-and-roll music. Then I stop, the music stops, and I say, “That’s what I did on the night before I went to the hospital – I danced.”

As the author and performer, I want everyone to know that whatever happens in this play – or whatever happens in “20th Century Blues” – you can laugh. And after all the laughing, if I’ve done it right, if I’ve set the tone, then when I dip down into something or stop the action, you will know that it’s okay to cry or be moved. Stop. Take a breath.

SUSAN: Aside from problems related to specific situations, these characters, these women are getting older. How do you do that?  Because suddenly you’re in a category.  I think we do that all of our lives.  Danny (another character in the play) responds to Mac, “Do you think a twenty-year-old knows how to be twenty?”  Older people have been to the younger place already. Younger people haven’t been to the older place. It’s a conversation.

CATF: At the end of the play, Danny asks, “Are we really willing to sacrifice a generation each time it grows old?”

SUSAN: When people get older and reach a certain point in life, they can be dismissed, neglected, or diminished because of pre-conceived notions. I do think that society is addressing this more now because boomers are very outspoken and will not go gently into that dark night.

CATF: The “forgotten word” in your play is the word, precarious. Why?

SUSAN: I wanted the forgotten word to open a window. When the characters were younger self-starters or artists – they were in a precarious position because artists always are. Your work may or may not be recognized. If you go to veterinarian school (as the character Gabby does) and become a vet, you can work until you can’t work anymore. You have that skill. Then there’s the character, Mac, who rises up the ranks of the newspaper world. Who would have ever predicted this current, wild, wild media world would run into so much difficulty? That makes those characters very different.

CATF: In an exchange between Mac and Danny, Mac says, “I don’t want anyone to look at me and think I’ve appropriated real suffering.” Danny responds with this challenging statement, “Because the only valid representation of the human condition is in the cruelest of situations.” How can we nurture more patience and empathy for everyday brokenness?

SUSAN: Danny has dealt with issues such as, “Is it worthy of me to take pictures of people in a community theater green room as opposed to being a war photographer?” She’s come to a point of thinking that depicting human beings in any situation is valid and eye opening. If you let people look at your face and see what’s really there, that’s generous. That’s a gift.

CATF: What about this line from the play, “Don’t spend your life trying to forgive yourself. That’s the biggest load of crap ever disguised as spiritual healing.” Isn’t forgiving yourself Therapy 101?

SUSAN: I love these characters. I get to be able to say things through them. In other plays, I haven’t had quite the fun with characters that I’ve had with the characters in “20th Century Blues.” We can look at ourselves over a period of time and think, “Oh my god, we were so hot! We were so pretty! I was so thin!” But we can also think, “Oh my god, the mistakes I made, the things I did!” Someone might respond, “You have to get over that.” These movements toward forgiving yourself, loving yourself – you just get to a point where you don’t want to go there anymore. You make mistakes. You don’t have to see them that way. It can be spiritually healing to say, “That’s a load of crap.”

CATF:  One of the things you advised young playwrights was, “to find your voice and be true to that voice.”  How do you do that?

SUSAN: For a writer it’s asking, “How do I distinguish myself?” Sometimes people don’t find their voice. In an art form like the theater you actually rely on that other character in the play – the audience – to let you know if you have your voice.  There’s no formula. It’s a very cool thing when people say, “Of course, that’s a Susan Miller line,” even though my plays are all different and populated by different characters.

If you write something and you feel satisfied yourself – not because it’s perfect – but because you simply like it, say that: “I like it.”  That’s pretty cool.

CATF: Do you have any 21st century blues?

SUSAN: I now have a grown son, so I’d say that I have 21st century worries. The blues are now more personal, the worries are more global.  I don’t really know. I think the century is too new. My biggest blues are a deep, deep sorrow that my parents are gone, that certain people have passed, that friends, mentors, family members – there’s a navigation that has to happen in the world without them.

CATF: This is a play written by a woman with all women characters with the exception of Simon. Why is a man [Ed Herendeen] directing it for the first time?

SUSAN: My first instinct was for a woman to produce the play. Then I met Ed. The questions he asked about it, what he saw in it, what he felt from it were very exciting to me. I felt a real connection and understanding from him.  He didn’t try to sell me on his directing it. He just asked questions, and based on this I decided the play needed to be in the hands of this great person.

CATF:  Is there a question you wish an interviewer would ask you?

SUSAN: Why, in the world of Snapchat, Twitter, the ability to make art on an iPhone, celebrity-driven casting on and off Broadway, the restrictive amount of new work a theatre can actually produce in one season, reviews that can close you down in a heartbeat – WHY do you write plays? Or are you just a crazy person?

CAFT: Is there a question you would refuse to answer?

SUSAN: Yes. Joe Papp, who was producing one of my plays for the Public Theater, taught me (or tried to teach me) not to do interviews before an opening…I don’t know if I’ve ever been in a situation where I would refuse to answer a question, but I probably would refuse to answer any question that might impinge upon someone else.

SUSAN: For most of the plays that I have written – some more than others – I am most interested in writing the play I don’t think I can pull off.