An Ode of Passion, Heartbreak, and Humor

A New Play by Ronan Noone
Directed by Ed Herendeen

With Eugene O’Neill’s classic Long Day’s Journey into Night as a backdrop, THE SECOND GIRL is a lyrical, wrenching, and caustically funny play. Set in the downstairs kitchen of the Tyrone family’s summer residence, circa 1912, Noone’s characters—two Irish immigrant servant girls and a chauffeur—struggle with denial, personal responsibility, and failure, while searching for love, belonging, and a sense of what it really means to call some place ‘home.’

“…a broken heart is not a qualification to being Irish—tis getting up with the pieces of the heart in your hand and asking the fella who broke it if he wouldn’t mind giving you a kick in the head, too. That’s Irish.” 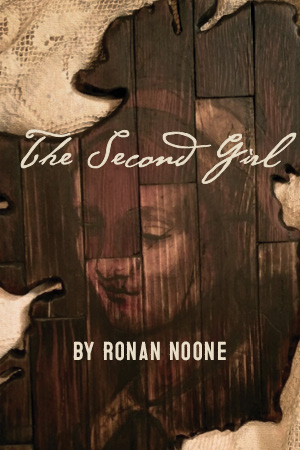 ASSISTANT TO THE DIRECTOR
SHAUN McCRACKEN

CATF INTERVIEW WITH PLAYWRIGHT RONAN NOONE 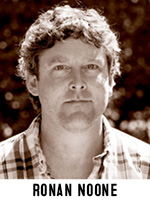 CATF: “The Second Girl” has been described by some critics as, “Downton Abbey meets Eugene O’Neill.” What do you think of that?

RONAN: It’s easy to quickly label this as “Downton Abbey” because it is set in the same time, though it is set in a different country and the mores in England are quite different than the mores in New England. That house – the Monte Christo cottage (also known as Eugene O’Neill’s Summer House) – is a lot smaller than Downton Abbey. The kitchen there no longer exists and when it did, it was very small. There wasn’t enough room to swing a cat. Also, the characters in this very small kitchen probably have more familiarity with their employers than anyone in Downton Abbey had with theirs.

RONAN: I thought it might be as simple as getting on a plane, landing somewhere, and starting again. But, of course, it was more complicated. I had to learn to adapt to the American lifestyle while accepting the fact that I had left my home and was beginning to lose touch with my family in terms of what’s tactile — the ability to be around them at the kitchen table at a regular Sunday dinner.

RONAN: You begin to accept it five years into being an immigrant. I went back two or three times and each time I went back, what once had been familiar to me became a little more unfamiliar. When I returned, the America that had once been unfamiliar was now something I relied on in terms of comfort and stability.

CATF: You once said, “A playwright goes back whence he came.”

RONAN: As a playwright, you do mine your own life story in terms of how it’s going to inform the narrative. But I’ve always considered anything I’ve written as a purgation of the spirit, a way for me metaphorically to explain how I live, how I see the world, and how I imagine others might see the world. Hopefully then I see some resonance so others can take something home from the story.

CATF: There are three characters in this play: Bridget, a displaced person; Cathleen, a dreamer (and the Second Girl); and Jack, a realist who you describe as “certainly aware of how fragile we are and how finite we are.” How do you obtain that kind of awareness?

RONAN: Jack’s over 40. When I turned 40, I started to be aware of my own mortality. Jack’s also had tragedy in this life, up close and personal, and he has regrets because of that. All of those things inform how time passes and how we begin to look at time.

CATF: You’ve said, “When something bothers me I have to write about it.” What was bothering you that you had to write, “The Second Girl?”

RONAN: I certainly understood after about 20 years in America that I had a particular guilt about having left behind my family and culture. So I had to answer that, but I didn’t want to reconcile it with Catholic guilt or any other kind of guilt. I wanted to reconcile it with myself, to understand why I made that choice and why it was the right choice. That was part of the reason I needed to write the play.

I also needed to write the play to show that I understood that America offered me a lot of opportunities. The mantra I attacked the play with was an old Yeats’ phrase, “The joy is in the struggle.”

CATF: Why is the joy in the struggle?

CATF: You have said, “A storyteller wants to explain the ineffable . . . I want to create something that gives you a feeling; that helps you make sense of the world, that puts shape on the ineffable, that is relevant, that lives beyond me – that is part of my definition of success.” What do you see as the ineffable?

RONAN: I can’t answer that because it’s ineffable. The ineffable is when you walk away from watching a dance; when you walk away recognizing that something has occurred inside of you emotionally and you don’t have the vocabulary to explain it. You walk away not knowing why you are crying. I would like that to happen in the work that I do. I look for the moment when an audience is connected emotionally and doesn’t understand why there may be tears rolling down their faces or smiles.

CATF: You have quoted John Berryman, “We must travel in the direction of our fear.” What direction are you traveling in now?

RONAN: Sometimes I’m not aware that I’m traveling in the direction of my fear, but when I do become aware of it, and I recognize that I may be walking away from it, I change my perception and seize the challenge and consider going towards the fear. I think it’s a very brave thing to do. The thing that all writers become most proud of – even if they are never published – are facing the things that we fear.

RONAN: When I was writing it, I had to listen to a particular piece of music. The name of the album was “Divenire” by Ludovico Einaudi. Perhaps it doesn’t really capture, “The Second Girl,” but I had it on in the background as I was writing.

CATF: You say that writing a play requires so much “emotional heft” that you’re completely exhausted but still need to put pen to paper.

RONAN: I spend more time thinking about the next play I’m going to write than I do writing it. The first draft will come out in about 10 days, but I probably spend about a year and a half thinking about it: the characters, the structure, the best opening line. Between family and teaching, my life is busy and I have to find a window when I can’t be disturbed, so I need to have everything in place before I attack the page.

CATF: What’s the best opening line of a play you’ve ever heard?

RONAN: It’s from the first play I ever saw, and because of that it had a profound effect on me. It’s a play called, “Conversations on a Homecoming,” by Tom Murphy – a well-known playwright in Ireland. It takes place in a bar and is similar to “The Iceman Cometh.”

The year was 1985 and the town hall was packed – probably 300 people, including the Canon of the town. In 1985, Ireland was a very theocratic society and most everybody was emotionally restrained. A bar had been built on the stage and the play opened with a character walking up to a customer at the bar and saying, “Howya Bolix!” That may not be the exact opening line, but that’s how I remember it, which may be even better. For the Irish, this opening line is a slander. But that line set the tone for everybody in that audience to say, “We’re going to see something that we recognize in all of our bars, but we would never say if a priest was present.” Needless to say, the Canon walked out of the town hall as soon as he heard the line.

At 15 years old, that influenced me to say, “Oh, you can put anything you like on the stage.” It was like sinning without committing a sin. You were able to actually wallow and enjoy the irreverent nature of the stage – the way it represented life. In life we put on a lot of masks, whereas the stage unmasks the hypocrisy. I found that fascinating.

CATF: Any comment on how the topic of immigration has become a major talking point in the 2016 presidential election?

RONAN: I wrote an introduction to “The Second Girl” which the Eugene O’Neill Review will publish in the fall along with the entire play. At the end of the introduction, I mention that I don’t think we can look at “The Second Girl” without looking at the sacrifices that the characters Bridget, Cathleen and Jack have made. On the backs of our ancestors — those who crossed the Atlantic in cargo ships and those who went to Ellis Island with one suitcase and those who ride on top of freight trains in Mexico on their way to America hoping to make a fresh start – the sacrifices of immigrants like this built the America I see today.

I know that it can be controversial – how you look at America – but I still see America as a place that gave me a lifeguard. If I were drowning, America would save me.

CATF: What distinguishes CATF from other theater groups/festivals?

RONAN: It takes on a play and gives it a second life. Also, the festival is done in repertory — acting in two different plays over a month – which is fantastic. There’s something old school about it, but at the same time, something now, today. It actually feels seminal.

RONAN: I don’t think so.

RONAN: I’m sure there is, but I don’t know what it is.

RONAN: It’s impossible for me to become the President of America because I wasn’t born here, but I still like the idea of the challenge.

It seems impossible to me to write an epic play, which I want to do in a few years. That’s the impossible I want to work towards – an epic, grand, “Angels-in-America”-type piece. More than that, something like, “The Iceman Cometh” or “Death of a Salesman” – something epic that leaves you, even if it’s sad, wallowing in the ambition of it. And always, of course, pointing you toward the ineffable.